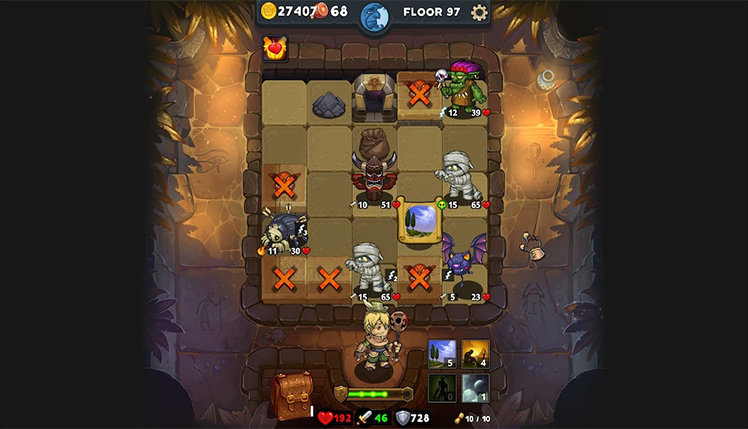 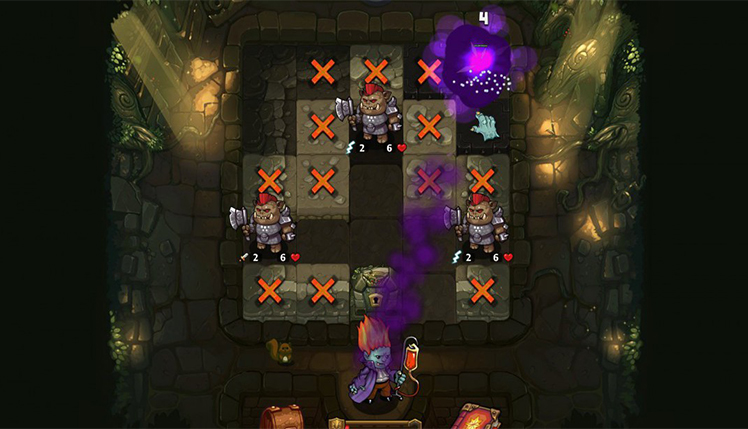 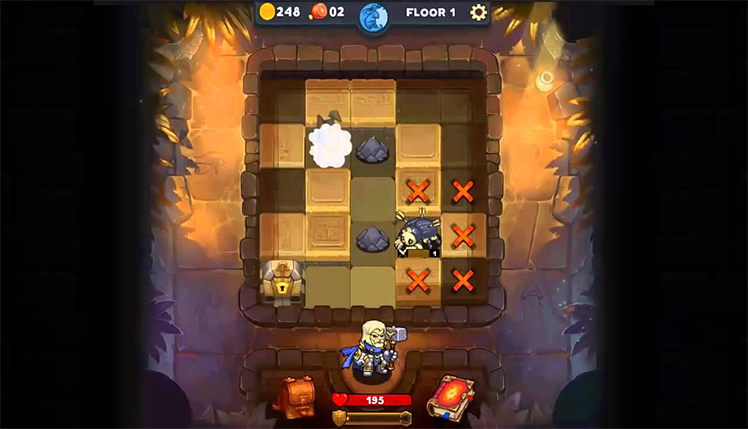 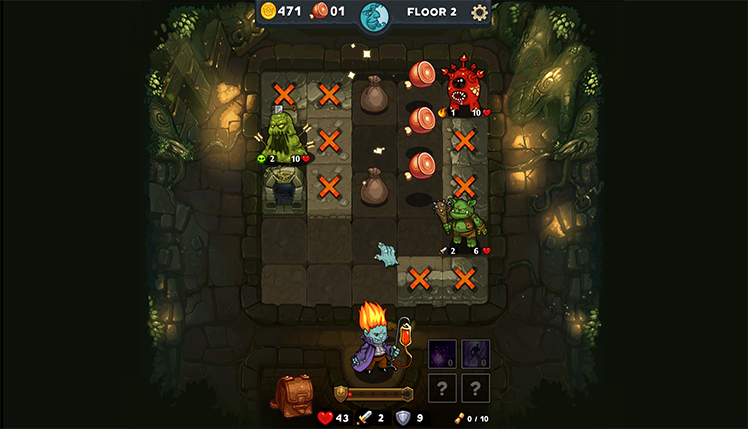 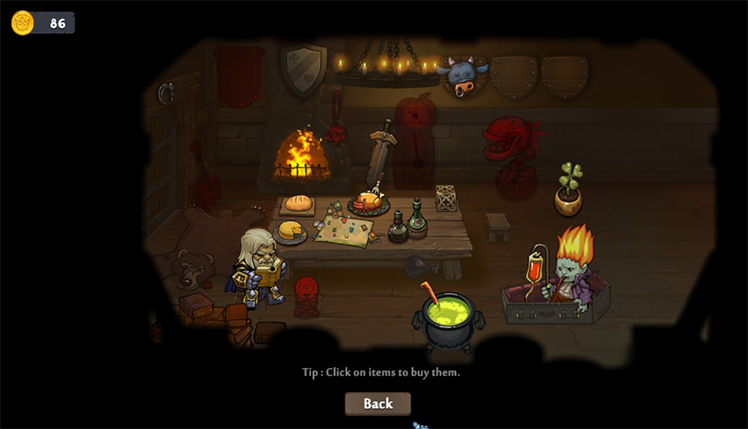 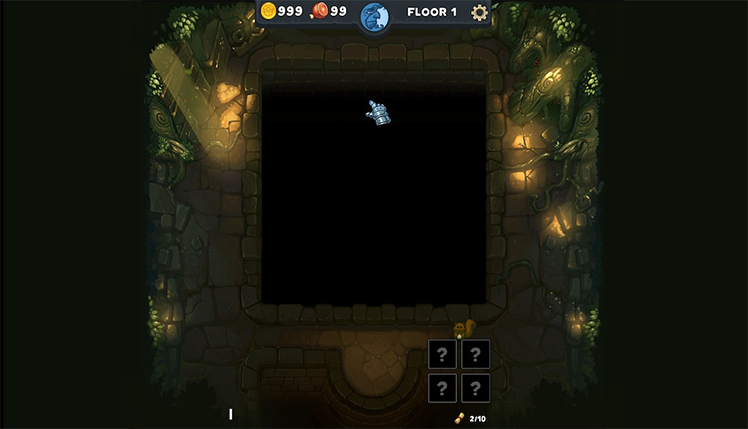 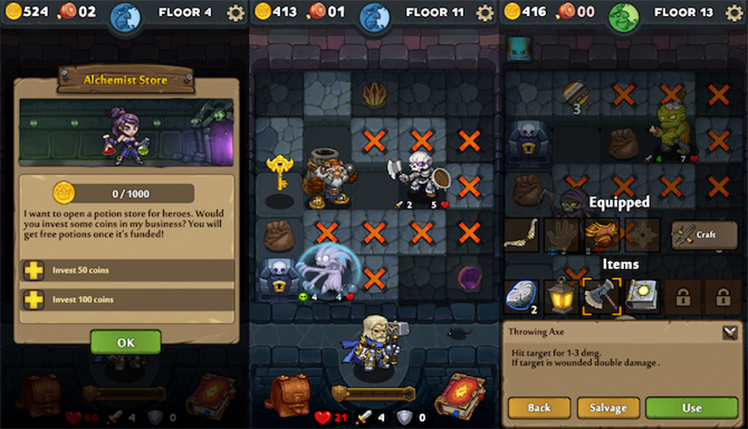 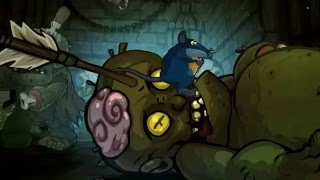 Developed by Red Winter Software and tinyBuild, Dungelot is a rogue-like puzzle video game, available for the Windows, Android, and iOS operating systems. This is a really unique take on traditional dungeon crawling perma-death style video games. It combines the classic way of play with a Minesweeper type of item discovery. Flip tiles while searching for a key to unlock the next level. Be careful of enemies, though. They are difficult and will kill players permanently. Items stay in between deaths, however, which allows for character building and progression.

Many players will find this style totally unique and a breath of fresh air. Flip over tiles and uncover enemies, treasure, and many other things as well. Take out the enemies and collect the treasure. Find upgrades for health or attack power. Ultimately, players are looking for the key to the next level. Players travel into the depths and see how far they manage to get before dying.

Dungelot has a very unique gameplay style. Instead of actually moving around, players click on different tiles laid out in front of them. These tiles will reveal any number of things, from bad guys to treasure and sometimes unexpected curses or blessings. There is also a key hidden somewhere that allows users to continue to the next level. Players familiar with Minesweeper will love this game! The art features a variety of monsters like slimes and bats, as well as adorable sprites for the player character.

Furthermore, there are multiple characters that players choose from. The paladin is great for beginners because of its high hit points and a healing spell. The vampire deals a lot of damage quickly but isn't quite as good at taking damage. Whichever character players choose, the run won't last forever! Mix and match skill and luck in this clever click and play adventure.

Dungelot is a video game that shines in its simplicity. From the adorable sprites to the click and play dungeon exploration, there are many ways for users to experiment. Death is inevitable, and players are out to see how far into the dungeon they can get! Keeping items from past runs help create a neat upgrade system where players build a character despite facing death over and over. With health and power upgrades, there are a lot of options that players will enjoy discovering. No run is ever the same with completely randomized floors that reset with every single attempt. Pick from a variety of playable characters, and either deal lots of damage or take lots of damage. Sling spells at enemies, steal the loot, and find the key to move deeper and deeper in this roguelike puzzle dungeon crawler game! 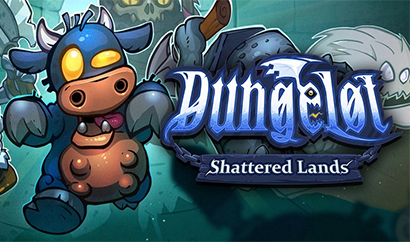 Dungelot is an epic rogue-like dungeon-crawling adventure. Explore dungeons, fight monsters, and collect loot to survive this dark world.
Play Now Clicking the above link directs you to a third party site to play 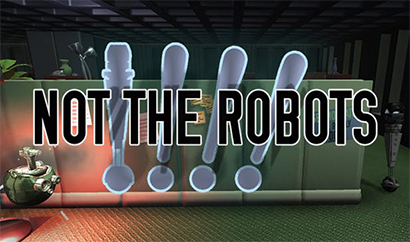