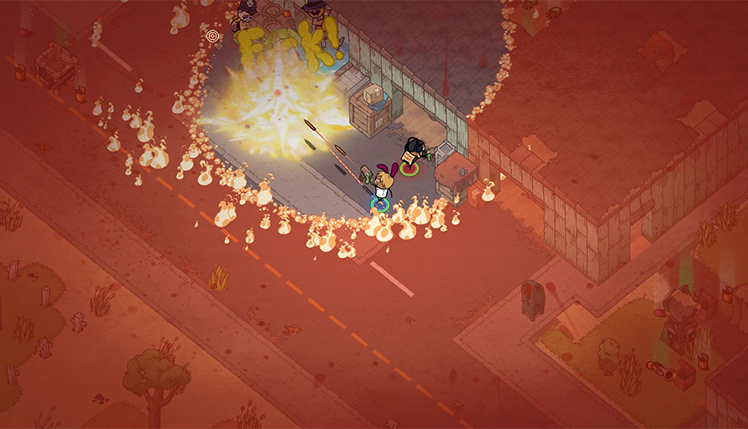 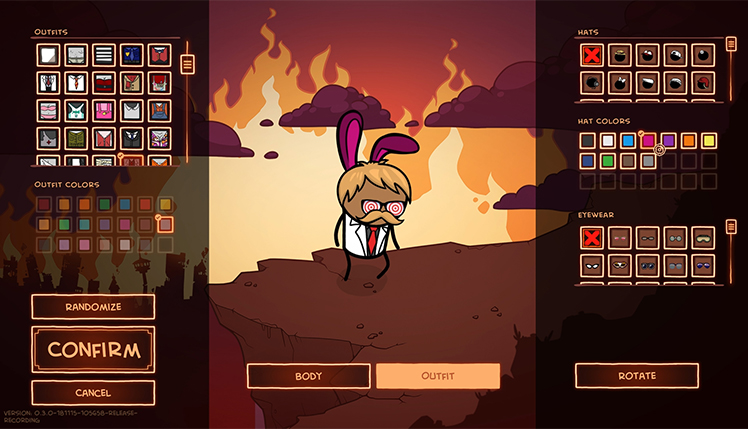 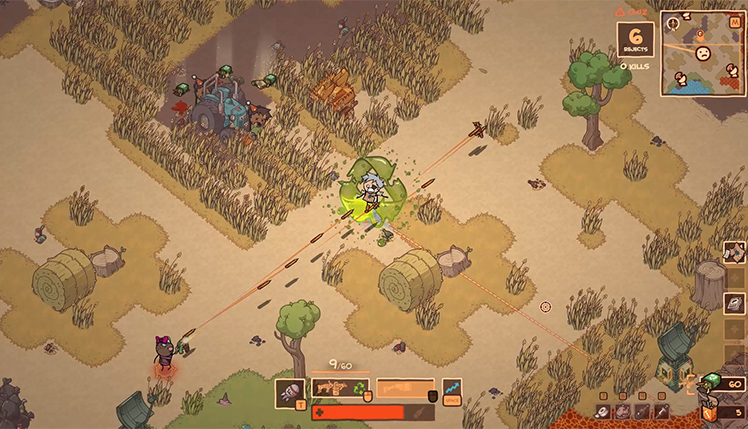 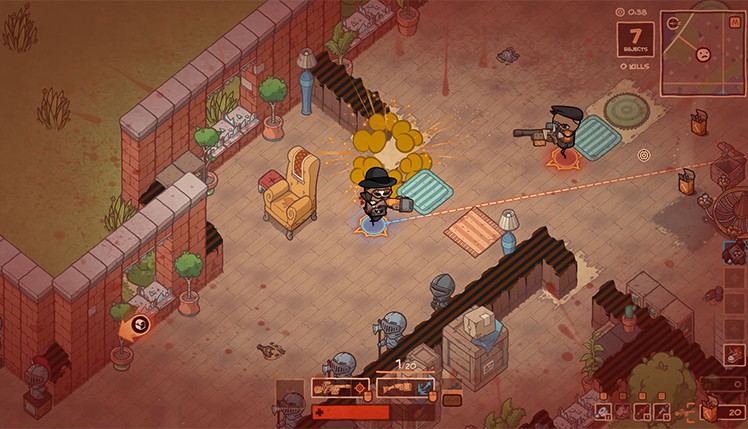 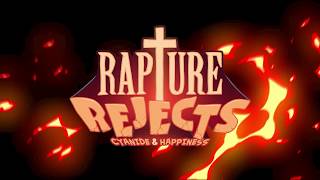 Rapture Rejects - Battle It Out For the Final Ticket to Heaven

Hell sucks -- but you don't have to be stuck in it!

Plenty of wildly popular webcomics branch into the video game world. "Cyanide & Happiness" decided what the hell, why not us too? Thus, the wild world of Rapture Rejects was born! Experience the hilarity of their truly apocalyptic, last stick-person standing isometric top-down battle royale.

Fight For the Final Ticket to Heaven

Well, God decided that he really messed up this whole Earth business. In Rapture Rejects, play as one of 50 people left on Earth after God raptures all the nice folks. It's just not quite fair to send everyone to their doom, so God agrees on a "free Heaven pass."

In Rapture Rejects, play as one of 50 people left on Earth after God raptures all the nice folks.

At one time, you could take on other players in this battle royale. Up to 50 players dropped into an area and tried to survive a barrage of bullets, knives, and even fist-to-fist combat. Surviving to the end guaranteed your ticket to Heaven. Truly, it was a 4/5 concept fit for any self-respecting gamer.

Any game based on a wildly popular webcomic had better look like the comic! And, well, at least Rapture Rejects absolutely, definitely has that going for it. Fans of "Cyanide & Happiness" will instantly recognize the charming goobberish stick figures and simplistic backgrounds.

The 4/5 graphics made gameplay smooth and peppy when the game was actually playable, of course. Now, all you see is a mysterious "1490-1490-evaluationmodeplayercountexceeded" code.

Unfortunately, the devs have since taken the servers offline. An unplayable game is, undoubtedly, why we now rate the gameplay 1/5. The game isn't even functional.

When Rapture Rejects was actually playable, there were customizations galore, like "boobs" and/or "dongs". Players picked from silly hats and glasses along with plenty of hairstyles and color choices. As in any good battle royale, though, weapons varied for every round. Picking up items fresh during every match kept the playing field of Hell on Earth as equal as possible.

The combat was interesting with the introduction of isometric tiles. Adding strategy into a battle royale undoubtedly continued the "level" playing field that the developers sought.

Rapture Rejects had potential once upon a time. Unfortunately, the game lived up to its name in all the wrong ways. Even the devs decided that this battle royale wasn't quite up to the task. They didn't give it that final ticket to Heaven. Somewhere, on a post-apocalyptic "Cyanide & Happiness" version of Earth, Rapture Rejects is still wandering around, waiting for its salvation.

Rapture Rejects -- "Cyanide & Happiness" meets battle royale combat in this top-down isometric title.
Play Now Clicking the above link directs you to a third party site to play
Not Supported