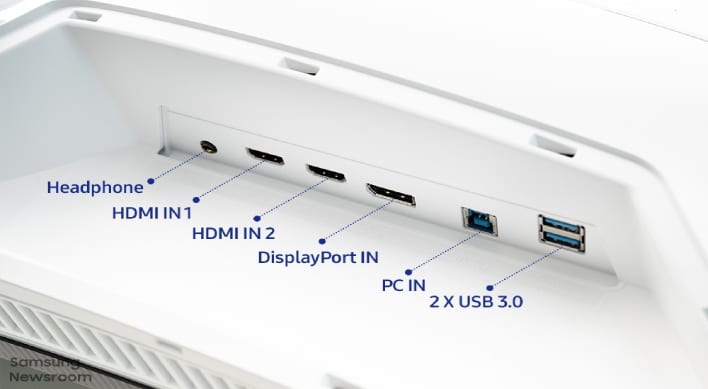 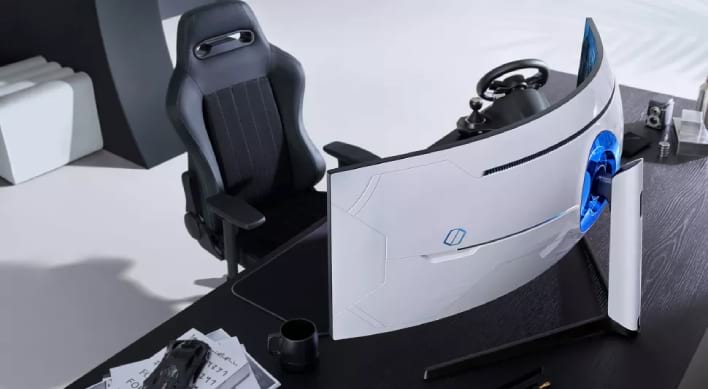 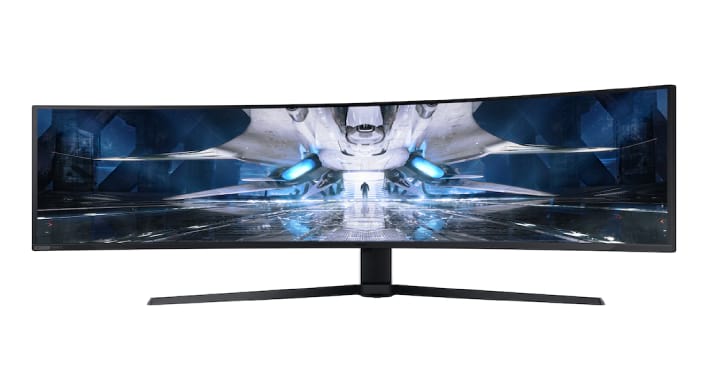 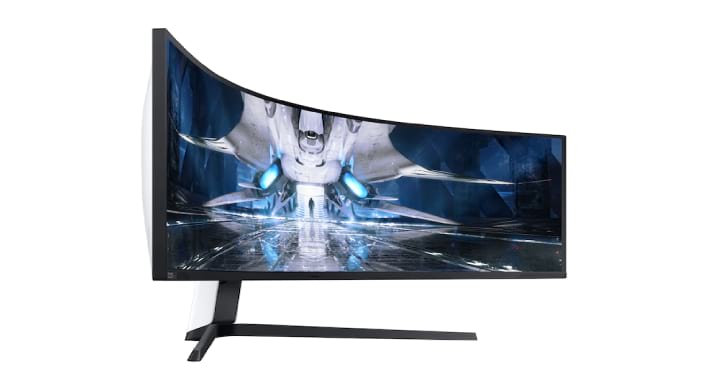 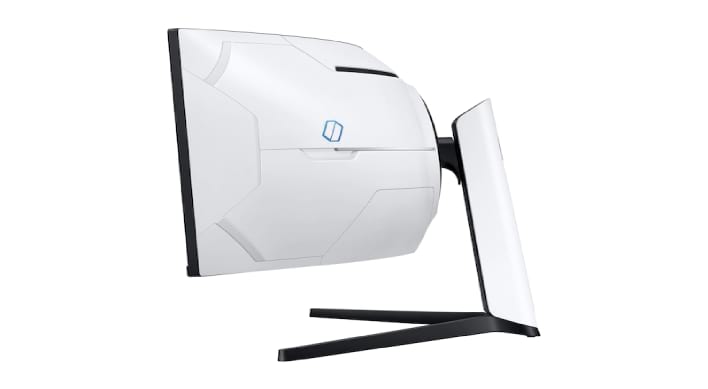 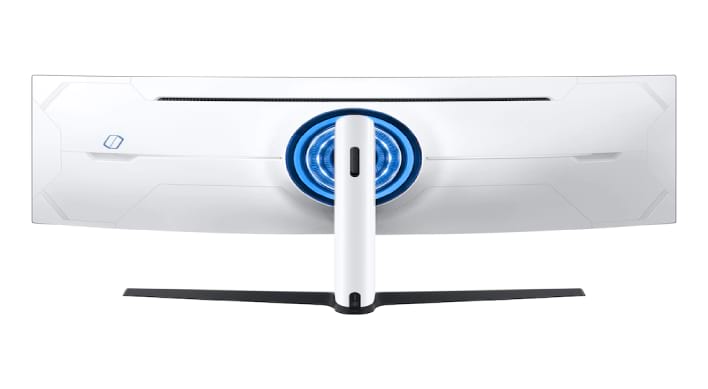 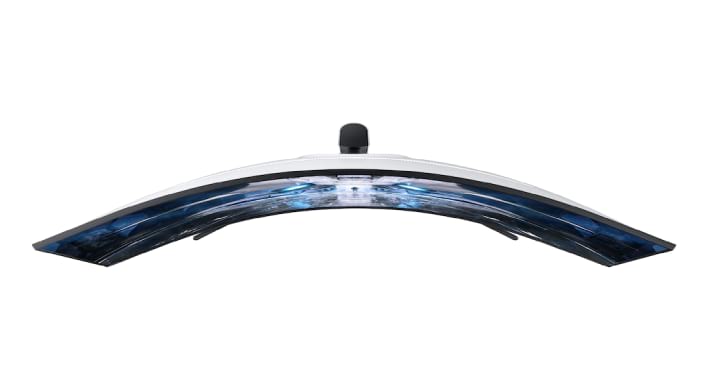 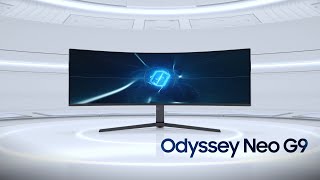 Samsung Odyssey Neo G9 - A Monster of a Monitor

It doesn’t get much bigger than this.

In 2020, Samsung launched its Odyssey G9 monitor. It was the first of its kind, pushing the world of gaming gear into a new era with its quantum-technology-enabled image quality and 1000R curvature. The Neo G9 is a step up from the previous Samsung model and is the ultimate gaming monitor for those who want only the best the industry has to offer (and the space to house it). 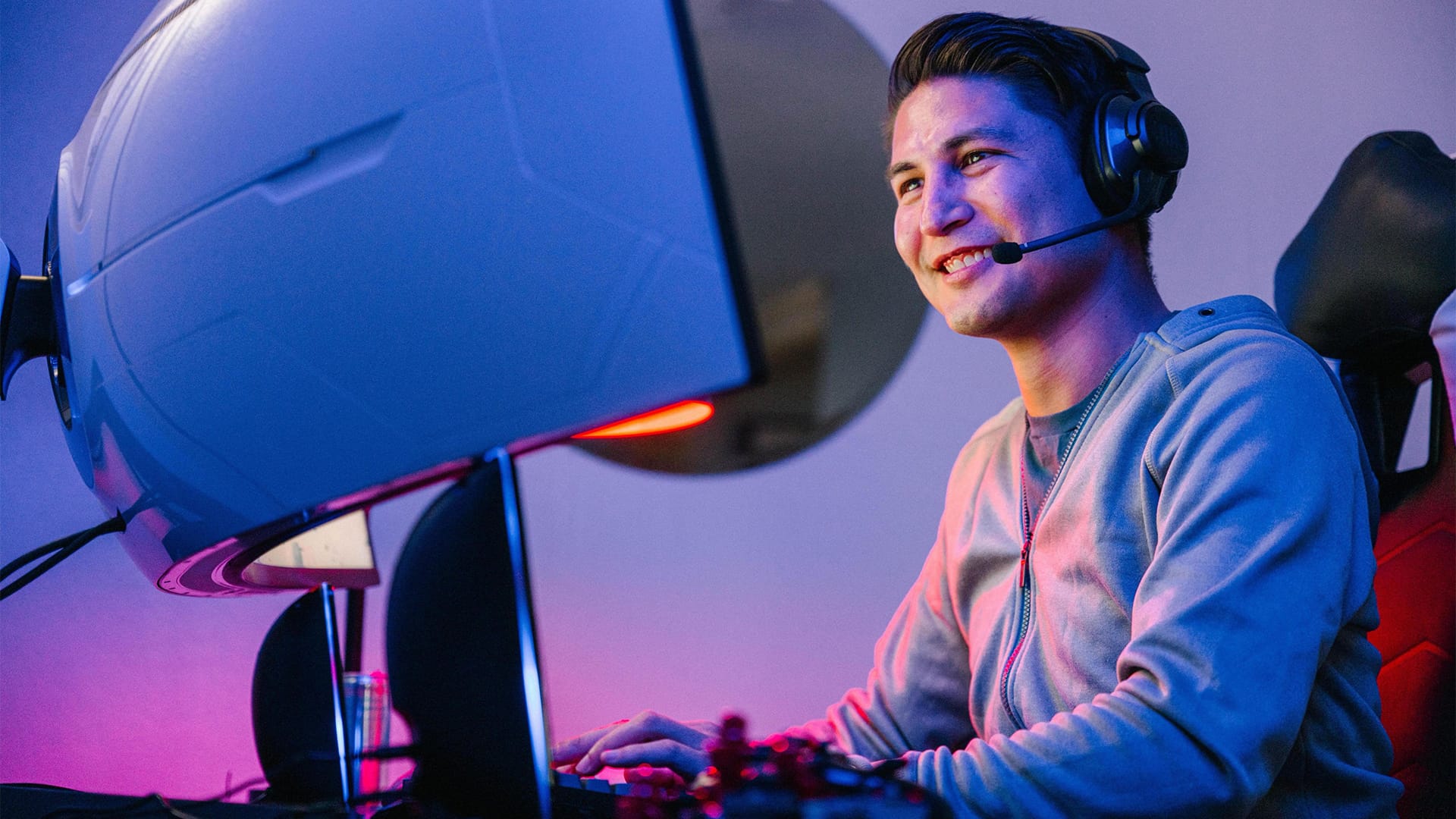 The Samsung Odyssey Neo G9 is massive. It’s advisable to have someone else help you set it up, or if you don’t have that option, it’s best to attach the stand to the monitor before taking it out of the box. You’ll need a lot of space in your setup, but luckily wall mounts are an option (and even advised by Samsung).

The Odyssey Neo G9’s ports face straight down, making it a bit cumbersome to set up. Additionally, only the DisplayPort supports the maximum refresh rate of 240Hz. However, once you have the monitor securely attached to its stand, its height is easily adjustable, moving and swiveling with ease.

Before you rush into buying this massive beast, you should know that its hardware doesn’t include any internal speakers, requiring either external ones or a headset.

Core lighting is included on the back of the monitor, which matches whatever’s on-screen. If the monitor is displaying a yellow field of wheat, for example, the lights will turn yellow, washing your room in an immersive glow.

The Samsung Odyssey Neo G9 has a 32:9 aspect ratio. It’s backlit using the same technology used in Samsung’s high-end TVs: quantum mini LEDs. This is a step forward from last year’s G9 and is the main attracting feature for the Neo. The end result is a stunning display, allowing games to shine at full potential. Colors are rich, and the blacks are deep, with almost no ghosting at all.

The ultra-wide screen can of course act effectively as two monitors by housing multiple windows. However, if you decide to watch movies or TV shows on it, you’ll be met with thick black borders on each side.

Still, what all of these features mean is that Samsung’s Odyssey Neo G9 offers the best picture possible, and is nothing less than stunning to behold.

The on-screen menu is pretty straightforward. It allows you quick access to adjust the screen’s key settings, jump between modes, enable picture-in-picture if you have more than one input connected, and manage the refresh rate.

There’s nice cable management that can be accessed through the stand. The back of the stand also includes a headphone hanger but reaching over to get your headphones is a bit of a task since the screen is so incredibly huge.

The Samsung Odyssey Neo G9 is a top-end monitor for gamers with enough space and money who are looking for the best immersion in the market. While it’s not a game-changer in comparison to the last generation, it’s still an impressive feat to behold. 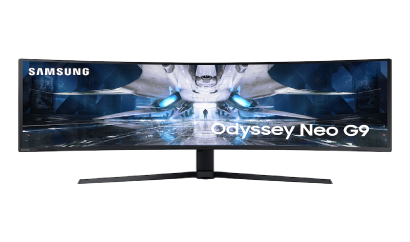 The Samsung Odyssey Neo G9 monitor is a massive 49" display with an immersive 1000R curvature and high-end specs.
Visit Now Clicking the above link directs you to a third party site to visit
Not Supported