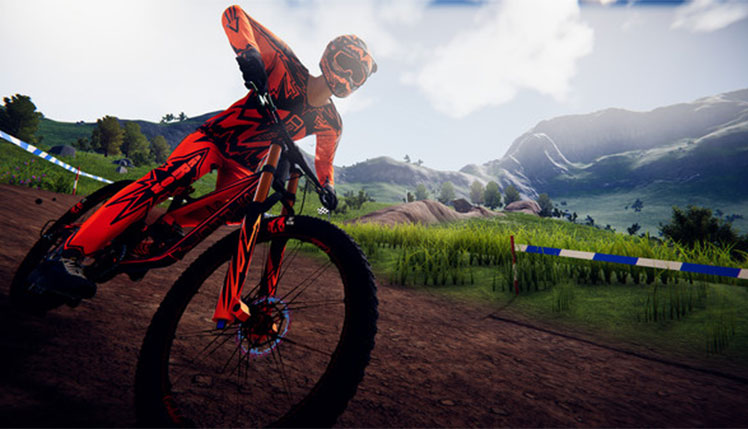 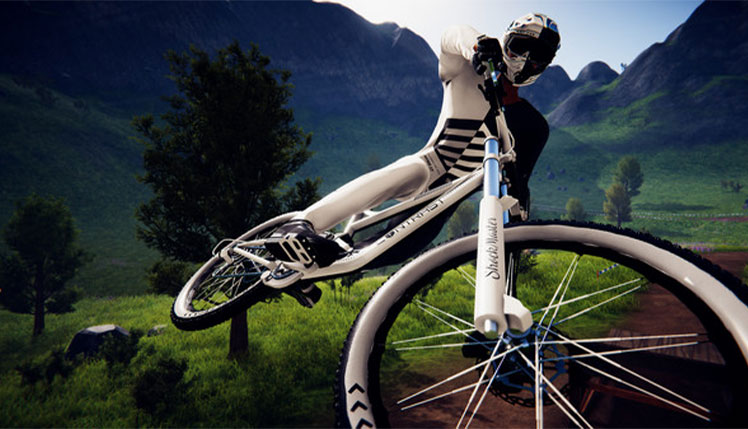 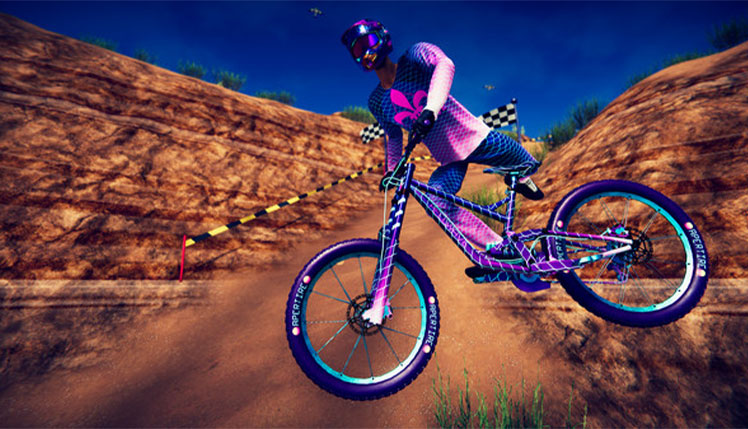 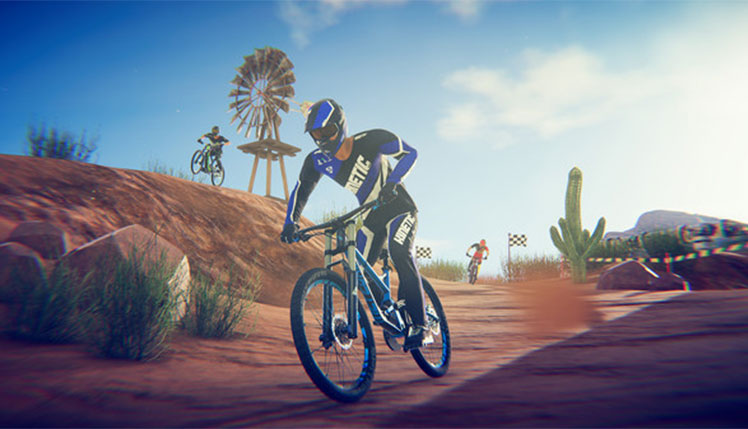 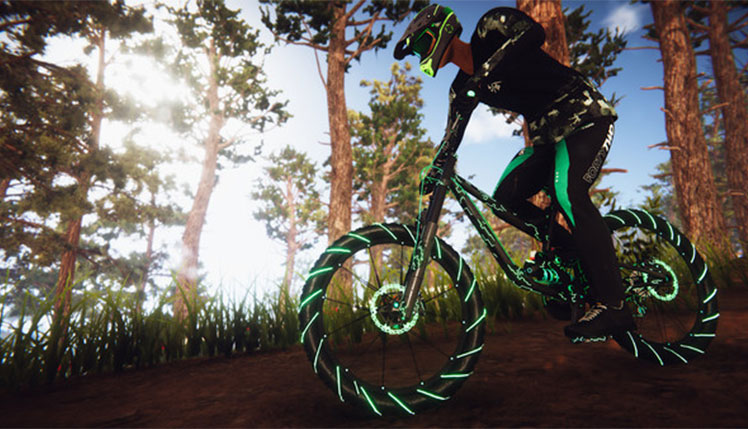 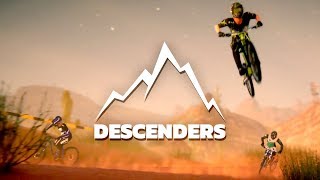 Developed by RageSquid, Descenders is an extreme downhill biking game that is available on Microsoft Windows, Linux, and macOS operating systems. Start off by picking from one of three teams: Enemy, Arboreal, or Kinetic. Then, explore a freeriding experience with tons of beautiful procedurally generated worlds. Players generate points for their team with everything they do. The great physics in this video game adds yet another dose of realism. Fly down slippery and snowy peaks, or whiz past bright trees and plants on steep slopes in the tropics.

Additionally, there are tons of ways players make their character unique. Start by tricking out bikes with tons of cool customization options. Unlock more by boosting reputation in online and offline races. Always represent the team colors in some way, be it on a helmet or bike spokes. The possibilities are endless! There are even "mutations", which are special skills unlocked by playing the game. Players use these for even more customization possibilities.

This video game thrives on being realistic. Because of its totally random levels, players will never have the same course twice. The mountainside might be calm and quiet once, but full of heavy snow and dangerous conditions the next time. This also makes courses more treacherous, so beware! Trying to take a dirt ramp could result in a catastrophe that makes the rest of the course nearly impossible. Dodge trees, other bikers, and even buildings or face deadly consequences. All of these great options add lots of replayability. Endless hours of extreme biking await all across the world!

Representing the team is another important part of Descenders. Team Enemy loves red and is known for flipping wild tricks during their races. There's also Team Arboreal in green. These extreme bikers live for off-roading. Finally, Team Kinetic in blue provides the perfect outlet for speed demons who are always chasing the thrill. Any of the three teams provide plenty of chance for proving racing skill. Rack up points for that reputation while unlocking crazy mods and mutations. Bike mods come in all shapes and sizes, from handlebars to spokes and tires. There are even costumes for players. Ride for Team Kinetic with a blazing blue bike dressed as a bamboo-chomping panda. The possibilities are endless!

Descenders is an extreme sports video game that features hardcore downhill biking. Fly down dirt slopes, ramp off of desert dunes, or skid through the wet and dangerous jungle courses. With procedurally generated levels, no two courses are ever the same. Pick a team and race to rack up reputation points. Reputation unlocks customizable bike options, character costumes, and even mutations. Use mutations and create a totally unique play style. Mix and match for the ultimate combinations. There are tons of ways to ride in Descenders, and players will love finding each and every single one! 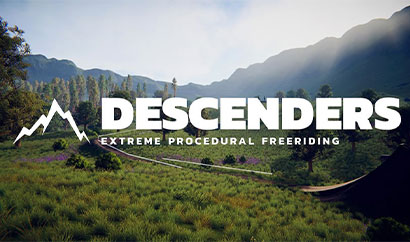 Fly down dirt slopes, ramp off desert dunes, or skid through dangerous jungle courses in Descenders. Dodge obstacles or you will face deadly consequences. Get ready to get hardcore in this extreme downhill biking game!
Play Now Clicking the above link directs you to a third party site to play
Not Supported 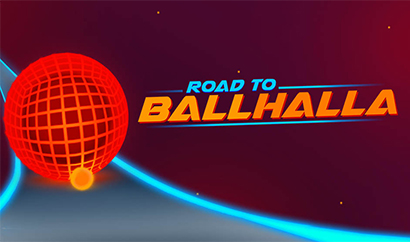 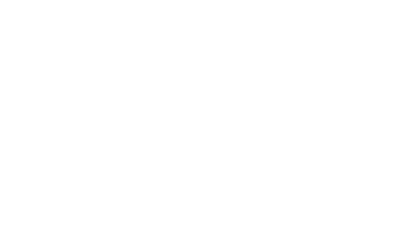